Getting a brand new phone is a feeling that no one can describe in words; it just like when a kid is given a new toy. Similarly, the newness of a new handset takes days to get familiar with our usage and after days and weeks, we (tech-enthusiasts) start getting bored with it and lastly, we think of swapping that with a new one. 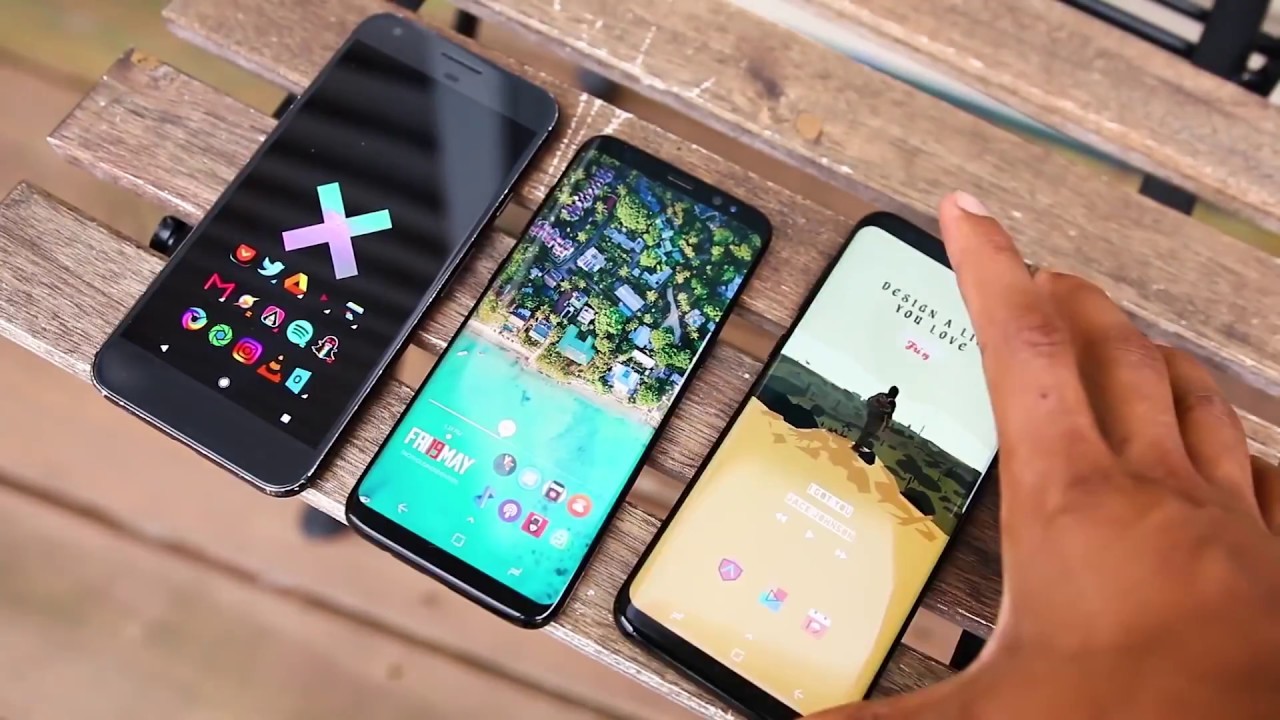 If you’re on the edge of marginal utility of your phone and the once-exciting feeling is about wear- off, then take a sigh of relief; we have a great deal for you. No, no, it’s not like a replacement offer, but more interesting and inexpensive than this.
How about changing the feel of your existing boring phone with some tweaks and customizations? Sounds interesting, isn’t it?
Yes, you heard  it right! There are methods that can easily revamp your smartphone and make it look and feel like brand new.
Let’s get on with the customization and see how your Android device turns out to be less newer than new and less older than old.
Create Something from Nothing
We can fairly say customizing Android device is like changing the way your phone looks from scratch. Starting with a blank canvas, the person can start their masterpiece by changing the default home screen launcher to a new theme. There are multiple websites available on the web that focuses on Android customization, and various rediters on reddit provide insight on the topic as well.
Some of the people go easy and change the layout, shift the icons from one screen to another and think that they have changed their Android device, but some put extra effort to feel extraordinary; by having everything changed.
Keeping the looks aside, to feel better, privacy-conscious users also consider the security aspects of their Android PDA/s; it’s of no surprise that the threats of Android operating system (OS) are at large, making it the most targeted OS of all time because of its open source platform and vulnerabilities.
Don’t lose temper, but let me tell you the Android’s threat landscape – 87 percent of all Android smartphonesare exposed to at least one vulnerability; for your privacy-freakness, I recommend you to always keep your phone protected with Android privacy  tools. So, that the chances of cybercrimes and hacks would not affect your Android transitioning to a newer look and feel.
To revamp your old Android phone, keep these tips
●       Put more Creativity
Like I have mentioned earlier, that some people put the smallest effort when it comes down to Android customization, and there is no harm in it – at the end of the day, it’s their phone. But if you take out time and put in extra effort to build something cool.
I can’t recall the exact time it took me to create a whole new home screen, well, not by developing it but by choosing the right design. But for an estimate, it would take a few hours. I made sure to test different icons through the wallpaper collection and scroll on various settings in my Android OxygenOS unless I found something of my choice.
Some would say this is a total waste of time and energy, but once you get the hang of it, you’ll love how you can change a few things and get to see a significant impact on how your phone looks.
Don’t feel a heavy heart for your failed attempts; every failure in this process would be a point of learning for you.
●       Finding the Right Identity
Being an Android aficionado, I keep trying new things every time for customizing my Android smartphone which sometimes lead me to cursing and nail biting but interestingly everytime I my efforts consistently drawn me to a different type of style and revamped my smartphone’s layout.
Surprisingly, I want things to end up the same way at the back of my mind, yet manage to pull off different screens using different themes. My favorite color is blue, let’s say, and I find it very frustrating if I don’t get something similar to the shades of blue. I cannot bear simple minimalistic icons as I want them alluring and engaging.
Which is why I try different icon-packs of different themes; simple icons and themes are already pre-installed in the device which makes you search and customize but to a limited extent.
But if you start looking on the Google Play Store you will find different themes that are customizable enough to complement your taste.
●       Extensive Customization
If you are on the move to have a more extensive customization, then you can check out the Kustom Live Wallpaper Maker known as KLWP. It has both free and paid Pro version, that will allow you to load fully operational wallpaper widget combos that will provide you a fully functional background. This means, the hassle of arranging and placing widgets will be an old story to tell. All you require is the KLWP app, load it and feel the whole new look of your Android device.

How a Managed Service Provider Can Help Your Business